QuintEssential Winds will perform Christopher Weait's arrangement of Blessings by Mark Flugge at this concert.  Our performance appears on my hot-off-the-presses CD Bolling & Beyond: Lisa Jelle, Jazz-Inspired Flute. Mark Flugge Remembered.  The CD will be available for $10 at this concert, and we will be happy to autograph your copy!  The program also includes Paul Patterson's Comedy for Winds.  With Melissa Stevens, oboe; Gail Zugger, clarinet; Betsy Sturdevant, bassoon; and Kimberly McCann, horn.

Join us for the world premiere of Stan Smith's flute/guitar/bass arrangement of Erika Kristen, by Mark Flugge!  Our performance of this piece is on my hot-off-the-presses CD, Bolling & Beyond: Lisa Jelle, Jazz-Inspired Flute. Mark Flugge Remembered.  Stan Smith, Roger Hines, and I are happy to autograph CDs, which will be available for purchase for $10 each at the concert.  This eclectic concert also includes two fascinating pieces by Michael Daugherty: I Loved Lucy for flute and guitar, with Doug Neel; and The High and the Mighty for piccolo and piano, with Narmina Aliyeva.  Madeleine Dring's gorgeous Trio for flute, oboe, and piano rounds out the program with oboist Karen Pfeifer and pianist Barbara Sahr.  Note the EARLY recital time of 5:30, and we hope to see you there!

Join PANdemonium4 in celebrating International Women's Week at Capital University!  We will each speak briefly about our professional experiences and how they relate to the opportunities and challenges women encounter in careers today.  Columbus composers Linda Kernohan and Michael Torres will introduce their compositions.  This concert is also a CD release party for Bolling & Beyond: Lisa Jelle, Jazz-Inspired Flute.  Mark Flugge Remembered!  PANdemonium4 will perform our piece on the CD, "Flugge Jazz Fantasy".  We commissioned Andy Frederick to create this arrangement of three of Mark Flugge's pieces for flute quartet with optional bass and percussion.  CDs will be available for $10 at this concert, and PAN4 will be happy to autograph your copy!  We will also perform works by Daniel Dorff, Mike Mower, and Paul Osterfield.  My flute colleagues are Kimberlee Goodman, Lindsey Goodman, and Alison Brown Sincoff.  We are delighted to be joined by Andy Woodson on bass and Chris Carmean on percussion.

You-tube clips: check them out!

Thanks to Andy Woodson for the following clips! 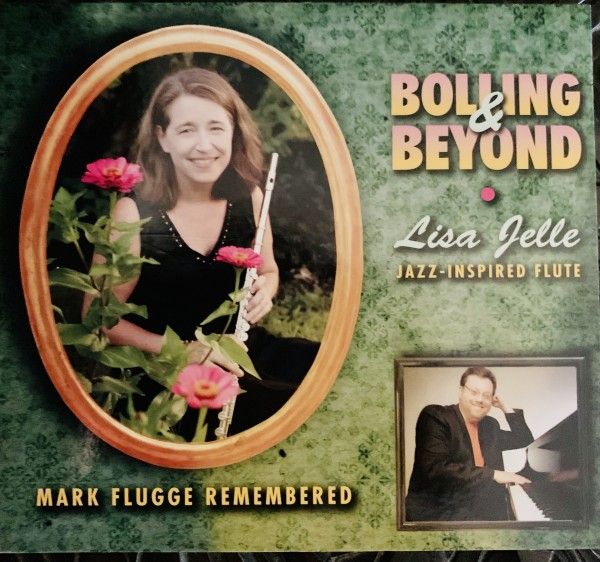 In 2012-2013 Lisa led a consortium of professional flutists in commissioning and premiering Silver Fantasy for Solo Flute and Symphonic Winds by Dr. Paul Osterfield. Her most performances at the National Flute Association's Annual Convention were in Orlando (2018, with Karl F. Kraber and PANdemonium4), Minneapolis (2017, PANdemonium4), and Washington, CD (2015, with Ali Ryerson and the Jazz Flute Big Band). Three recent international performance and teaching tours were in Germany, Hungary, and England.